Founded in 1932 by Luigi Fontana, owner of an important glass manufacturing company, and Gio Ponti, FontanaArte immediately set out upon a well-defined path of research: use new languages to express the potential of a material like glass, whose identity had been completely transformed thanks to the technical possibilities offered by the modern industry. Continually experimenting with new ways of defining contemporary decoration, Gio Ponti found in Pietro Chiesa the perfect travelling companion. Together, the two rapidly turned FontanaArte into one of the most important players in the elaboration of early modernity for Italian home furnishing accessories. This research was fueled by collaborations with a large number of top level artists and found fertile ground in the interior design of large middle-class homes, real experimental laboratories where models for subsequent series production could be perfected. Furniture, ornaments, artistic products, mirrors, lamps: FontanaArte produced items for the whole house. Ponti and Chiesa seemed particularly interested in the constant dialogue between shapes, techniques and traditional processes with innovation and the possibilities offered by large-scale industrial production. It was a constant, in-depth exchange of ideas that formed the roots and the very identity of the company. Important traces of extraordinary creativity of this period still remain today in the FontanaArte catalogue, where articles designed by Ponti and Chiesa have by now been raised to the level of classics. The end of World War II coincided with a radical change in Italy’s social and cultural scenario. The new condition called for the reorganization of production and the redefinition of products. The extraordinary articles designed for the scale of large middle-class homes had to be replaced by items more suited to the smaller volume of apartments. The traditional elite clientele was now joined by a new kind of customer. Despite the difficult period, FontanaArte never gave in to the temptations of products for the masses: despite it having by now become part of a multinational that was very aware of market dynamics, the siren call for ‘big numbers’ was never to completely seduce FontanaArte. What changed was not so much the idea of quality as, and above all, the language, where a predominance of aesthetic experimentation started to see the birth of a different attention to practical needs of use. Furthermore, thanks to experiments carried out in previous years, Italy too was seeing the arrival of a new culture of modern design, which found its formal matrix precisely in the relationship between function, use and material. While staying close to the company, Gio Ponti was no longer its Art Director. In 1954, this position was filled by Max Ingrand, under whose guidance FontanaArte moved slowly but surely towards modernization. The evolution of FontanaArte was led mainly by the lighting sector, where the relationship between technology and performance, between form and project, called for more incisive renewal. Called back as artistic director in 1967, Gio Ponti managed to summarize the sense of the direction taken in several lamps: the Pirelli series, Bilia and the Cartocci are still today totally perfect models. In addition to projects by Ponti, mention must also be made of others designed by the FontanaArte technical office, including the Uovo lamp and furnishing accessories. After a brief hazy period FontanaArte was purchased in 1979 by a group of private entrepreneurs, who entrusted operational and administrative management of the company to Carlo Guglielmi. The decision was immediately made to shift production once again towards the quality of products and modern design culture. A young Gae Aulenti, who had already collaborated with the company for a few years, was called on to take over artistic direction. Respecting the history and identity of FontanaArte, Gae Aulenti did not impose strict functional rationalism. On the contrary, involving a large number of very different designers, very young or already famous, she insisted on research that explored the most expressive experiences in Italian design, welcoming both the first signs of postmodernism and also studies into pop and conceptual art, swinging between 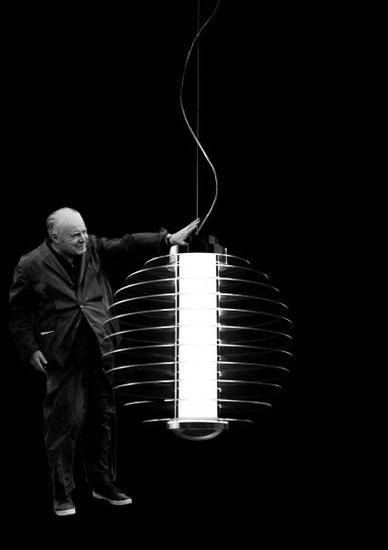 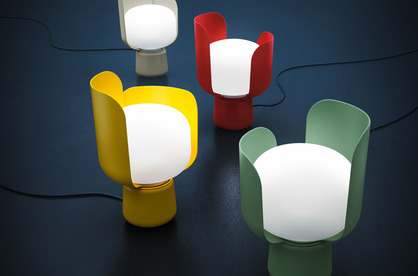 To discover our inspirations and our special offers (10€* discount)

You can always unsubscribe at any time with future effect, by clicking on the unsubscribe link the bottom of each newsletter, or informally by emailing [email protected] See our Privacy Policy.