Joan Gaspar, born in 1966, studied Industrial Design at the School of Arts and Crafts in Barcelona.

In 1988, he entered the Vapor S.A., a firm founded by Lluís Porqueras and Jaume Vaquero in 1979, where they made articles that would go against the fad of metallic High-Tech design. With Porqueras, Gaspar designed the Finisterre markers, one of the first redefinitions of a classic urban element with evident functional improvements that Santa & Cole would produce in 1992.

In 1996, he started working closely with Marset Iluminación in designing new products until becoming a creative director of the firm. What makes a product good or not so good, depends on the designer and in great part on the firm that produces it and, above all, on how it is produced, how it is launched into the market, how it is communicated, and how it is promoted. Among all of these 'hows', I would underline 'how it is produced'. Technical solutions and the materials that are used determine the image and functionality of the product; there lies its success or its failure," states Joan Gaspar.

Gaspar's work has been acknowledged in the world of design. In 2000, he received first prize at the International Contest of the Feria del Mueble in Valencia at the 37th edition, for a table with an upper slip-on cover. His Atlas lamp, that Gaspar himself defines as effective and ingenious, was awarded an ADI-FAD Delta de Plata award in 2001. Some other of his outstanding works are the lamps Atila and Tv for Marset Iluminación.

From 1998, Gaspar has also been teaching: he started giving courses on Materials and Technology applied to industrial design at Elisava and is currently at the Eina Design School. In 2002, Gaspar set up as an independent designer and opened his own industrial design studio. "A good design tries to be simple, with no stridencies or spectacular effects, bearing in mind that when judging an object, one takes into consideration their effective use. That is a process that develops little by little and determines if an object will be appreciated through time. That is what decides whether a design is right or simply the result of a fleeting craze, even if I do not consider this a negative aspect, as long it was the desired result." Gaspar currently designs objects for Santa & Cole, Marset, Perobell, Mobles 114, DAE, Cerámicas Aguadé, Pom d'Or, Abr producción, Stilus, Resinas Olot S.A. and Astral Pool. 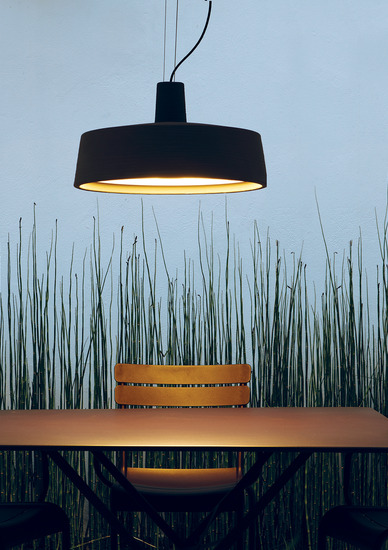 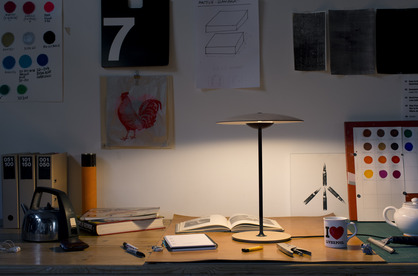 Joan Gaspar's designs are the result of bright ideas, beautiful in their functionality.
10€ discount
Subscribe to our newsletter