Born in Paris in 1927, Pierre Paulin was born to a French father and a stern German-speaking Swiss mother. He grew up in Laon in the Picardie region of northern France, and greatly admired his uncle, Georges Paulin, who designed cars for Panhard, Peugeot and Rolls-Royce Bentley, patented the first power-operated retractable hardtop in 1931, and was a hero of the Resistance. He was executed by the Nazis in 1942.

Paulin failed his baccalauréat (secondary school diploma) and trained as a ceramist in Vallauris on the French Riviera, and then as a stone-carver in Burgundy. An injury to his right arm in a fight put an end to his dreams of becoming a sculptor and he attended the Ecole Camondo in Paris, where later designers such as Philippe Starck studied. He had a stint with the Gascoin company in Le Havre and developed a keen interest in Scandinavian and Japanese design as well as the functional furniture created by Charles and Ray Eames, Florence Knoll, Herman Miller and George Nelson in the US.

Paulin first exhibited at the Salon des Arts Ménagers in 1953, which lead to his work appearing on the cover of the magazine La Maison Française. The following year, while employed by the Thonet company, he began using swimwear material stretched over traditionally made chair frames. Yet, he really found his forte when he joined the Maastricht-based Dutch manufacturers Artifort and came up with the Mushroom Chair in 1960.

"It represented the first full expression of my abilities. I considered the manufacture of chairs to be rather primitive and I was trying to think up new processes," he said last year. "At Artifort, I started using new foam and rubber from Italy and a light metallic frame, combined with a stretch material. Those new, rounder, more comfortable shapes were such a success that they're still being copied today. I have always considered design to be a mix of invention and industrial innovation."

However, when Paulin showed Artifort boss Harry Wagemans his Tongue prototypes, the Dutchman was adamant that the model would never go into production. "I had tried to appeal to the lifestyle of young people. They were into low-level living," explained the designer. "Then, in 1968, Harry's son had a party with friends from all over Europe and they loved the chairs. When Harry popped in to see how they were getting on, he understood what I had been aiming at all along."

Paulin's Mushroom, Tongue and Tulip chairs were runaway successes, admired for their clear lines, the sensual feel of their material or just simply for the way their shapes cradled the body. In 1969, he won a Chicago Design Award for his Ribbon chair. By then, he was involved in the renovation of the Denon Wing of the Louvre Museum. In 1971, he redecorated the living, dining, smoking and exhibition rooms of the Elysée's private apartments for Pompidou.

After years with ADSA, the industrial design agency of his second wife Maia Wodzislawska, he launched his own consultancy in 1979 and worked for Calor, Ericsson, Renault, Saviem, Tefal, Thomson and Airbus.

Tall, distinguished, and elegant with his silvery hair, Paulin saw himself as a marginal, an outsider. He remained modest about his achievements and deplored the cult of the star designer. "Objects should remain anonymous," he argued. "It's extremely dangerous to give too much importance and status to people who are only doing their job. Working for the enjoyment of the greatest number is very gratifying, much more so than any official honour."

In 1996, Paulin retired to the Cévennes in southern France but still came up with new designs, while several of his iconic chairs and sofas remained in production. In 2008, an auction of 76 of his original pieces attracted many impressive bids. He died in 2009.

Most of all, Paulin was an intuitive designer. "I had an uncanny ability to picture tri-dimensional objects. I could think up a shape and make it spin in my head like a sculptor or an architect would," he said. "I made the most of that gift." 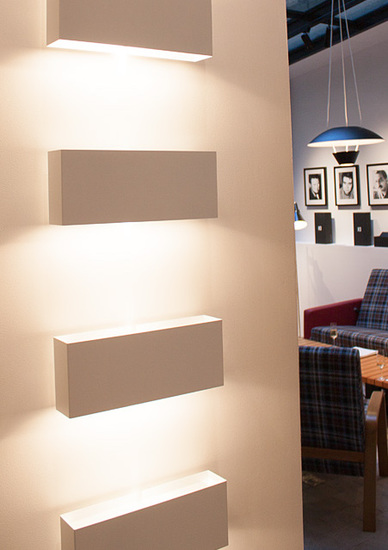 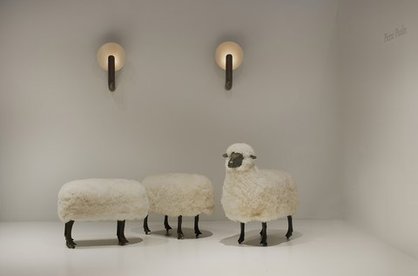