Established in 1945 by the master Giuseppe Ostuni, Oluce is the oldest Italian lighting design company that is still active today. In fact, before the war there existed only Gino Sarfatti's Arteluce, which disappeared in the late '90s. For many years it was chiefly Arteluce, Azucena and Oluce that dominated the Italian scene, with designers like Vittoriano Viganò and BBPR, Gigi Caccia Dominioni and Ignazio Gardella, Marco Zanuso and Joe Colombo.

As early as 1951, Oluce registered a success at the IX Triennale in the lighting section, directed by Achille, Livio and Pier Giacomo Castiglioni, with the indirect incandescent Luminator designed by Franco Buzzi. The company quickly reached an international public through Domus magazine, thanks to the vision of Gio Ponti.

Ostuni's collaborators included: Agnoli, Forti, the forgotten advocate of a new living style for the Milanese upper middle class, as well as Arnaboldi, Monti and Minale, the Colombo brothers.

Meanwhile, in 1963, Marco Zanuso created one of Oluce's unforgettable masterpieces in production since 1965: the model 275 table lamp with a large white Perspex swivel shade on an enameled metal base. Joe Colombo followed that with the Fresnel lens, pressed glass lamps which was used to create weatherproof outdoor lighting, completed with a painted metal base and shade retained by steel clips.

This was followed in 1965 by the Spider lighting group, in which a single light fixture, designed for a special horizontal spot light, was assembled - thanks to a melamine joint - in a variety of situations (home/office) and on different supports (table/floor/wall/ceiling), thus coining the concept of a "family" of lamps. The stamped plate finished with white, black, orange or brown baking paint, sliding along a polished chrome stem, seemed a foretaste of the future. In 1967 it won the first Compasso d'oro award for Oluce and, in 1972, it appeared at the unforgettable New York exhibition "Italy: the New Domestic Landscape".

In 1970 the Halogen light, which went into production in 1972, one year after the premature death of Joe Colombo, was named Colombo in his honour. The first indoor halogen light to appear on the market, it became an unsurpassed icon of a design that is both functional and contemporary.

In the meantime, a new and important era had begun at Oluce, coinciding with the transfer of ownership from Ostuni to the Verderi family, and dominated by one of the great masters of Italian design: Vico Magistretti. For many years, Magistretti was art director and chief designer of the company, conferring his unmistakable stamp and a legacy of worldwide recognition. Kuta, Lester, Nara, Idomeneo, Pascal, Dim, Sonora, Snow, and especially Atollo - all became names that instantly called to mind the corresponding product. Atollo even became a sort of template, a graphic silhouette that immediately rendered the concept of a "lamp".

Atollo - essentially inimitable though copied around the world, winner of the Compasso d'oro in 1979, featured in the permanent collections of all the leading design and decorative arts museums - has thus become much more than just a lamp: it is a legend. Its secret probably lies in the geometry of its forms: the cone on the cylinder, all surmounted by the hemisphere -a luminous sculpture to which nothing can be added, and from which nothing can be taken away. In the meantime, Magistretti's presence protected Oluce from superficial forays into postmodernism, as confirmed by the various designs by Bruno Gecchelin included in the catalogue.

Oluce's style kept on evolving depending on its designers: with the rigour of the emergent Swiss designer Hannes Wettstein (at the start of the '90s), with Marco Romanelli and his expression of highly diverse personal idioms, with the Italian architect Toni Cordero and his use of utterly disruptive and unconventional forms (in 2000), with Harri Koskinen, the young Finn who managed to re-launch Nordic style on the international design stage or more recently with Japan's most refined young designer, Oki Sato. Each of these projects follows an important path of research and innovation.

However, today this is no longer the history of Oluce, but rather of Oluce's contribution to contemporary design. 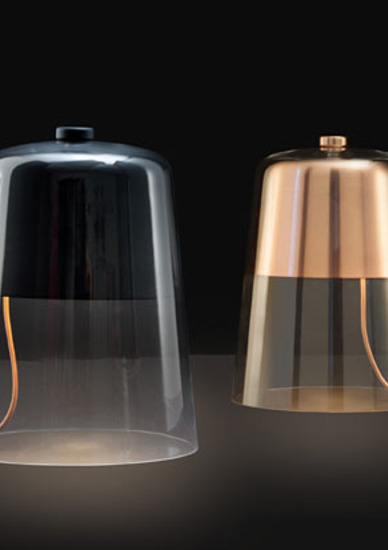 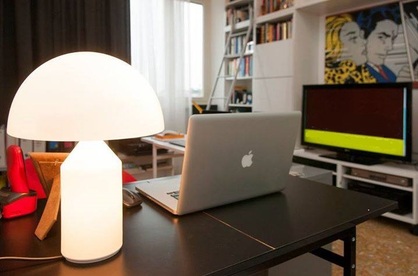